If you have questions about finding films for your research, please contact the Media Library (they/them/theirs) staff at the UNT Libraries.

Film is a visual art created by moving images. It can convey ideas, emotions, or stories, both real or fiction, and can be used for entertainment or education. 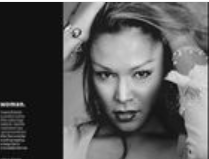 And why should I use it in my research?

Film can be used as primary source material in historical research but there can be bias in film, so be sure to use the How to Find Reliable Information page for tips on addressing those in your research by getting a variety of view points.

Type your search terms, transgender healthcare, in the text box (circled in red below), then click the red search button to the right.

If you mouse over the See details link below the image of the item, detailed information will appear about the resource including transcript links that will allow you to skip to where your search terms show up.