Learn how to become active in your nation, your state, your local community, and at UNT!

As a United States citizen, it is your right and civic duty to vote, contact your representatives, and contact other government officials to express your informed opinion on current and potential legislation, national issues, local needs, etc. Use this guide to identify and contact federal, state, local officals.

Why Voting and Civic Engagement is Important in the U.S.

Per Dictionary.com, Vote (noun) is defined as

In other words, voting is your right to express your opinion on a candidate or an issue. Informed voters play an active role in governance on the federal, state, and local levels.

There is no such thing as not voting. Not showing up to vote has consequences too. Here's how America voted, and didn't, in the 2016 Presidential election, courtesy of The Washington Post. Don't let others decide for you; show up, VOTE, and be a decider. 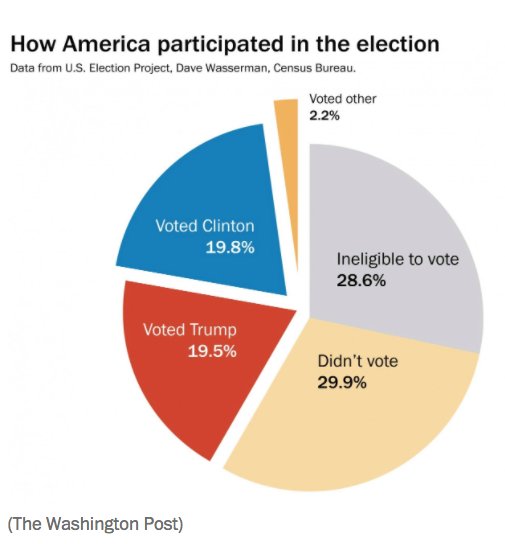