Asexual Awareness Week, now known as Ace Week, is celebrated the last full week of October. This week is dedicated to raising awareness and expanding asexuality education. Asexuality is a sexual orientation where a person experiences little to no sexual attraction to anyone and/or does not experience desire for sexual contact. Just like other sexual orientations, it is not a choice, and is not the same as abstinence or celibacy, which is a choice. Asexuality is a spectrum, with those who experience no sexual attraction on one end and those who experience some or occasional sexual attraction on the other end. Some aces fluctuate somewhere in the grey area (grey ace or demi) and will have periods of no attraction to some attraction at different times. 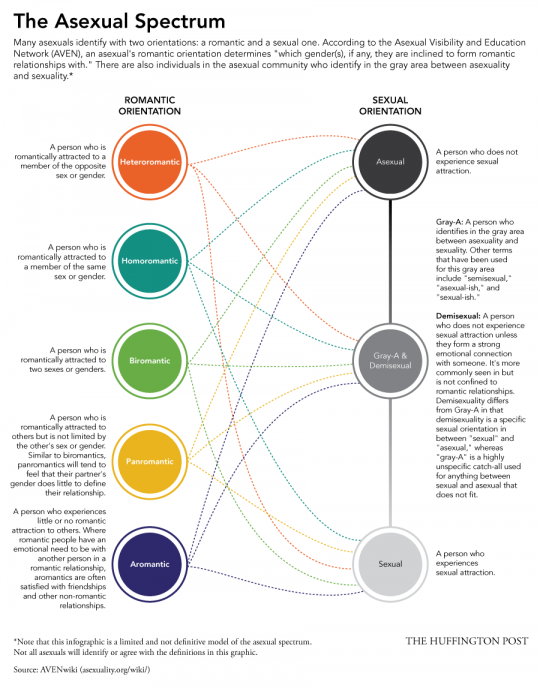 When asexual people are open about their sexuality, they can face acephobia and anti-asexual hate crimes (TW: mentions of sexual violence in link) and can include believing that ace people:

Time to step up and be an ally to your asexual friends and neighbors!