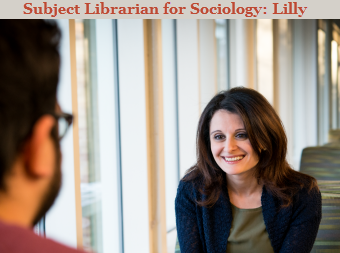 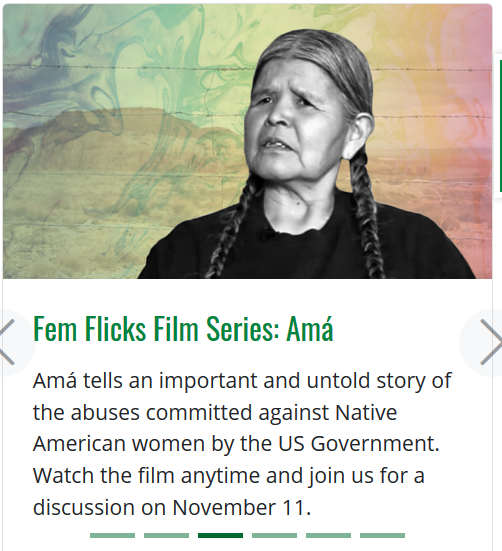 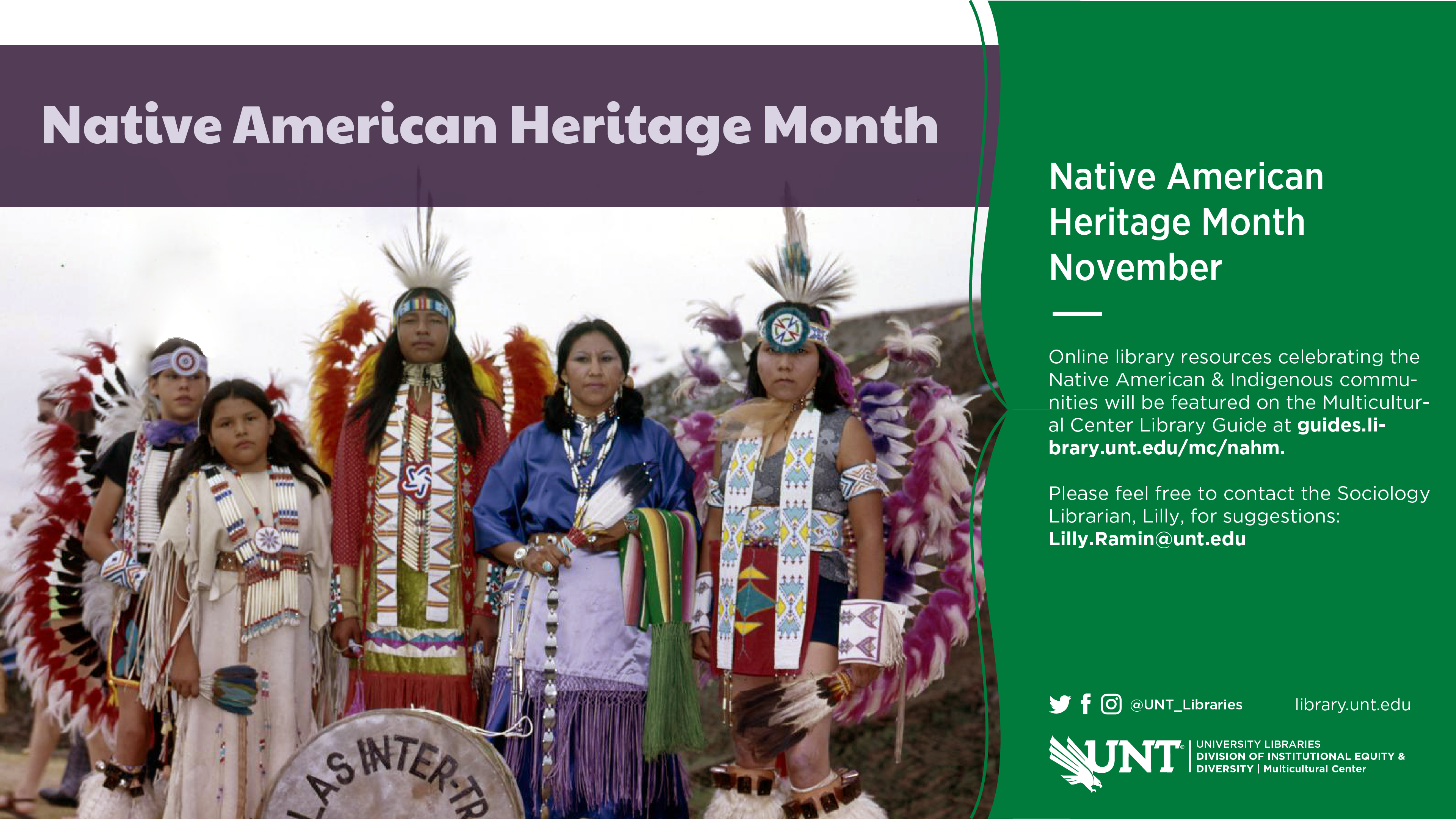 November is Native American Heritage Month (NAHM)
--sometimes referred to as American Indian Heritage Month
This month recognizes the accomplishments of the peoples who were the original inhabitants, explorers and settlers of the United States. NAHM celebrates the cultures, traditions, and histories and acknowledges the important contributions of Native people. Suggestions? Email me, the UNT Sociology Librarian, at Lilly.Ramin@unt.edu

Subject Headings to browse (in the library catalog)

Native American Heritage Month terms for browsing in our collections (examples only).
These headings are from Library of Congress.

Traditions of the Osage: stories collected and translated by Francis la Flesche (2010) by Garrick Bailey The forty-nine traditional Osage narratives presented here, collected in Oklahoma between 1910 and 1923 for the Bureau of American Ethnology, have never before been assembled in one book. What makes these stories especially important is that they were collected in their original language, Osage, by a scholar who was a native speaker of a mutually intelligible language, Omaha, and who was also highly educated and articulate in English. As contextualized in Garrick Bailey's introduction, these stories offer insights into Osage culture and society that are not available elsewhere. Bailey divides the stories into sacred teachings, folk stories, and animal stories. To the Osage, the sacred included not only religious but also what we would consider social and political institutions. Unlike the sacred teachings, which were known only to priests, folk tales were public property. Sacred teachings were always educational, whereas folk stories served a variety of purposes. Some were entertaining, some humorous, some frightening, but all were also designed to instill the proper social norms and values of the Osage. The animal stories, intended for children, also illustrate Osage values, as well as conveying information about the animals themselves.

The Indianization of Lewis and Clark by William R. Swagerty
E-book | Publication Date: 2012-01-01

The Language Loss of the Indigenous (2016 This volume traces the theme of the loss of language and culture in numerous post-colonial contexts. It establishes that the aphasia imposed on the indigenous is but a visible symptom of a deeper malaise -- the mismatch between the symbiotic relation nurtured by the indigenous with their environment and the idea of development put before them as their future. The essays here show how the cultures and the imaginative expressions of indigenous communities all over the world are undergoing a phase of rapid depletion. They unravel the indifference of market forces to diversity and that of the states, unwilling to protect and safeguard these marginalized communities. This book will be useful to scholars and researchers of cultural and literary studies, linguistics, sociology and social anthropology, as well as tribal and indigenous studies.D
E-Book Online Link | Discover catalog link | 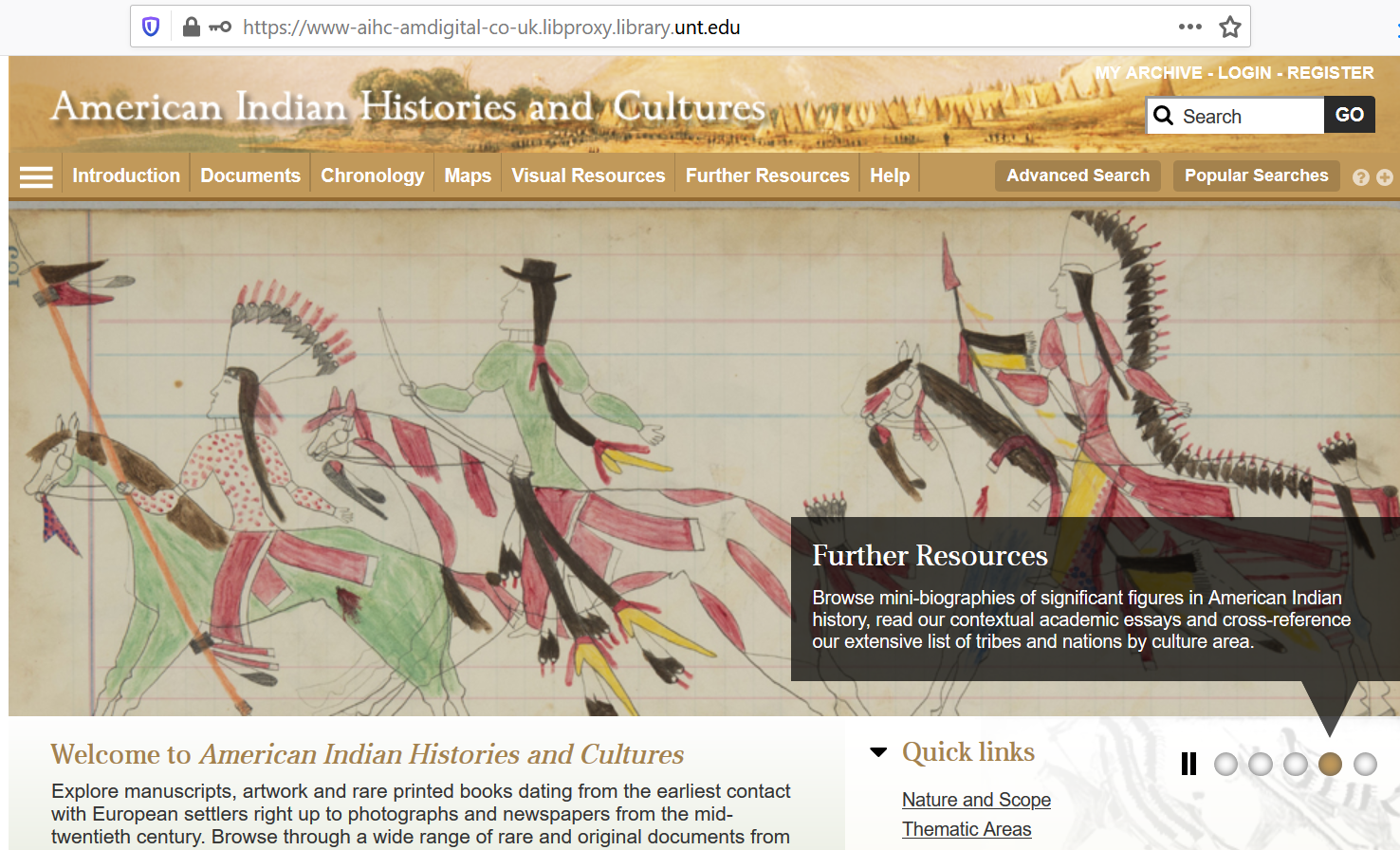 October 15, 2019 was the is the Indigenous People's Day Celebration at UNT (official notice by President Smatresk (10/8/19)